Since 1931, when the first edition of the Daily Helmsman – then the Tiger Rag – was printed, student journalists at the University of Memphis placed an emphasis on independence from the university. The paper was written by students, for students and content would be dictated by a student editor. In no way, shape or form can the university influence what is or is not published.

That independence was challenged in March 2012 when various branches of the UofM administration attempted to silence hard-news reporting being conducted by the Daily Helmsman staff.

The fight for the truth beginsThe saga began with a rape the Helmsman was reporting on. The incident occured in November 2011, but the staff learned about it the following February. When Michelle Corbet, a reporter at the time, filed an open-records request, she was met with nothing. The university stonewalled the request, citing the federal Family Educational Rights and Privacy Act (FERPA) that protects the privacy of student education records from outside entities. Corbet countered that citation with one of her own in the Clery Act, which requires federally funded universities to disclose information about crimes that occur on or near campus.

After a meeting with the university’s legal team and campus Police Services, it became clear that the administration had no intention to release the report. It was also clear the Helmsman staff needed to find some bigger guns for the fight ahead. Frank LoMonte, then the director of the Student Press Law Center, stepped into the “big gun” role and wrote a letter to the university to explain why the Clery Act required the report to be released.

By the end of March, the report was released and a story was run. The work wasn’t over though. The night before a story detailing the Helmsman’s open records fight with the administration ran, reports of another on-campus rape reached the newsroom. Yet again, the university didn’t inform the student paper – even though reporters were at Police Services earlier that day.

The rape involved a 23-year-old registered sex offender posing as a student and living in the Carpenter Complex illegally. This story, written by Christopher Whitten, exploded an already tense relationship between the Helmsman and the administration.

Managing Editor Chelsea Boozer and Whitten, with the support of Editor-in-Chief Casey Hilder, approached police services for comment just after hours, but were yet again stonewalled when they asked to speak with then Police Services Director Bruce Harber. They were told to return during business hours the next day for comment.

The duo ran the story without comment, but, unbeknownst to Boozer and Whitten, the officer on duty filed a police report against them, stating they “grew angry and began stating, ‘The director will want to speak with us, and if he doesn’t, we can make the department look bad.’” It also claimed they began pacing and chanting, “He is gonna want to speak with us.”

"It was just so out of character [to say we were chanting that]," Boozer said, reflecting on the false report almost a decade later. "This is what really did get to me a little bit. ﻿I was sitting on this campus and supposed to be protected by this police department, but I literally have police officers filing false reports against me."

That wouldn't be the last time a police report would be filed against Boozer. The next day, while interviewing students at the Carpenter Complex about the rape, a police report was filed again. This time, Boozer was cited as being "rude and hostile, stating that they were reporters and they go to school and they weren't leaving."

Along with the police reports, Boozer also learned of a potential student misconduct report filed against her. By her final semesters, she had proven to be a model student and was admired by her professors at the UofM.

"This was serious because I was graduating top of the class, and I'll be damned if I wasn't gonna graduate first in my class," she said. "I forget all of the consequences that I would have held, but it included expulsion and I could've lost my scholarships."

The intimidation didn't stop there, though. The same day Boozer learned of the misconduct report, a then administrator gave a friendly warning to faculty advisor Candace Justice of a discussion about the possibility of arresting Boozer. This was refuted by Sheri Lipman, legal counsel for the UofM.﻿

"[When Candace told me about this], I had to get copies. I saw that on these false reports about me, there were all these higher ups that were copied in the emails. When I saw that, I thought, 'Okay, now this is my reputation,'"﻿ Boozer said. "So I wrote a letter to Shirley Raines, the president at the time, copied all of the same people and said what a shock I was in to find these false reports about me."

That email went unanswered by Raines, but a letter from LoMonte did receive a response. Raines denied the allegation, starting that "Ms. Boozer has nothing to fear from Police Services, as our officers will always act professionally in their work to protect her and the entire campus."

Justice, to this day, maintains that the reports against Boozer were fabricated with intent to intimidate Boozer and Whitten, with Boozer receiving the brunt of it. "They﻿ really harassed her during all of this," she said.

In May, Ju﻿stice was notified by the Student Activity Fee Allocation Committee that the Helmsman's budget would be slashed by $25,000 from $75,000 to $50,000. The student activity fee is used to fund printing costs and payroll for the Helmsman's staff, even though a portion of the operations are funded through advertisement sales. It's that same fee that has kept the student paper free of charge.

Tensions began to heat up as the spring semester came to a close. After months of back and forth, Boozer was on her way to partake in one of Washington, D.C.'s most prestigious internships at Scripps Howard Foundations Wire. But being almost 900 miles from Memphis wouldn't distance Boozer from the turbulence The Daily Helmsman was in the midst of.﻿

The ﻿Student Government Association had informed Boozer about why the funding was cut. SGA, which had members on the committee, voted against funding the Helmsman due to the lack of puff pieces that were being published. Prior to starting her internship in D.C., Boozer and Justice met with Steve Petersen, the dean of students, to ask him why it was cut.

Not knowing what to exactly expect, Boozer made a decision that would ultimately flip the odds to favor the Helmsman.﻿

"We already knew why they cut it. We knew that was a First Amendment violation, so I turned my recorder on because Tennessee is a one-party consent state," Boozer said. "I didn't think he was going to admit to everything he told us. He obviously did not know about freedom of the press, and that it applies to college newspapers as well."

With the entire meeting recorded, Justice and Boozer knew the Helmsman had a strong case for a First Amendment violation against the university. The two left the meeting in awe at how blatantly the right had been violated and were even more awestruck that they had it all on tape.

“We immediately found a lawyer,” Boozer said. “We had connections because of everything I was involved in and from my internship in D.C., so when I contacted the Student Press Law Center, they wrote letters to the university.”

President Raines initially signed off on the budget cuts, but opened an investigation into whether or not a First Amendment violation occurred after the Helmsman’s lawyer, Brian Faughnan, threatened a lawsuit against the UofM. The investigation was conducted by Raines’ executive assistant, David Cox, who allowed Boozer to sit in and record all of the interviews.

Cox’s report was released September 12 of that year. His report detailed the findings from interviewing each member of the Student Activity Fee Committee, with the exception of one who was unable to make the interviews.

Although different criteria were mentioned by each member, Cox came to the conclusion that it was highly focused on content.

“While discussion of an idea does not guarantee that the idea was used in making a decision,” Cox wrote, “the content of the Daily Helmsman did become a part of the committee’s deliberations. In particular, questions were raised about the Daily Helmsman’s choice of whether and when to cover some student activities including Student Government Association sponsored events.”

The report went on to state that SGA asked for funding to publish a Tiger Rag Weekly Newsletter to brief students on campus events that The Daily Helmsman didn’t cover. That request was denied by the committee, which instead cut the Helmsman’s funding by approximately the same amount SGA had requested for their newsletter.

The committee was also found to have come to the conclusion that some of the Helmsman’s objectives were the responsibility of the academic department, as they viewed them as career objectives.

“By my understanding, involvement of the content of the Daily Helmsman in the deliberations for its funding was in fact inappropriate under the First Amendment protections for student newspapers as outlined by the courts,” Cox concluded. “In addition, given the risk involved, even the appearance of a content-influenced decision must be avoided.”

In response, Cox recommended that funding be returned to its original level of $75,000. He also recommended that, while content should be relevant in some scenarios, it is not appropriate when considering Helmsman funding. He advised that a special committee be formed to fund the paper before the 2013-2014 academic year.

That special committee was never formed and funding for The Daily Helmsman is still considered in the Student Activity Fee Allocation Committee.

Boozer went on to graduate at the top of her class, shaking former President Shirley Raines’ hand as she received her diploma. Her story, in the walls of the Edward J. Meeman Journalism Building, became legendary.

The saga, detailing her battle with the university, ultimately became a part of UofM journalism students’ curriculum, even being taught at other universities such as TCU. However, the story didn’t end as she crossed that stage at graduation.

“I held onto everything here for so long after I left,” Boozer said. “The nature of college papers can’t be talked about without mentioning the turnover in staff. I didn’t have trust or belief that anyone else was as passionate as I was about it and then you lose connection with students and staff. I worried that once I left, the doors were open for this controversy to happen again. But this time someone wouldn’t stand up for the paper.”

In the nine years since her departure, those fears never came to fruition. Times changed and the nature of the Helmsman’s coverage changed with it. Some years the paper was filled with softer news than during her tenure, but other years saw a return to the hard-news and investigative reporting that Boozer thrived with. Through it all, The Daily Helmsman was able to maintain its identity as an independent student press organization. 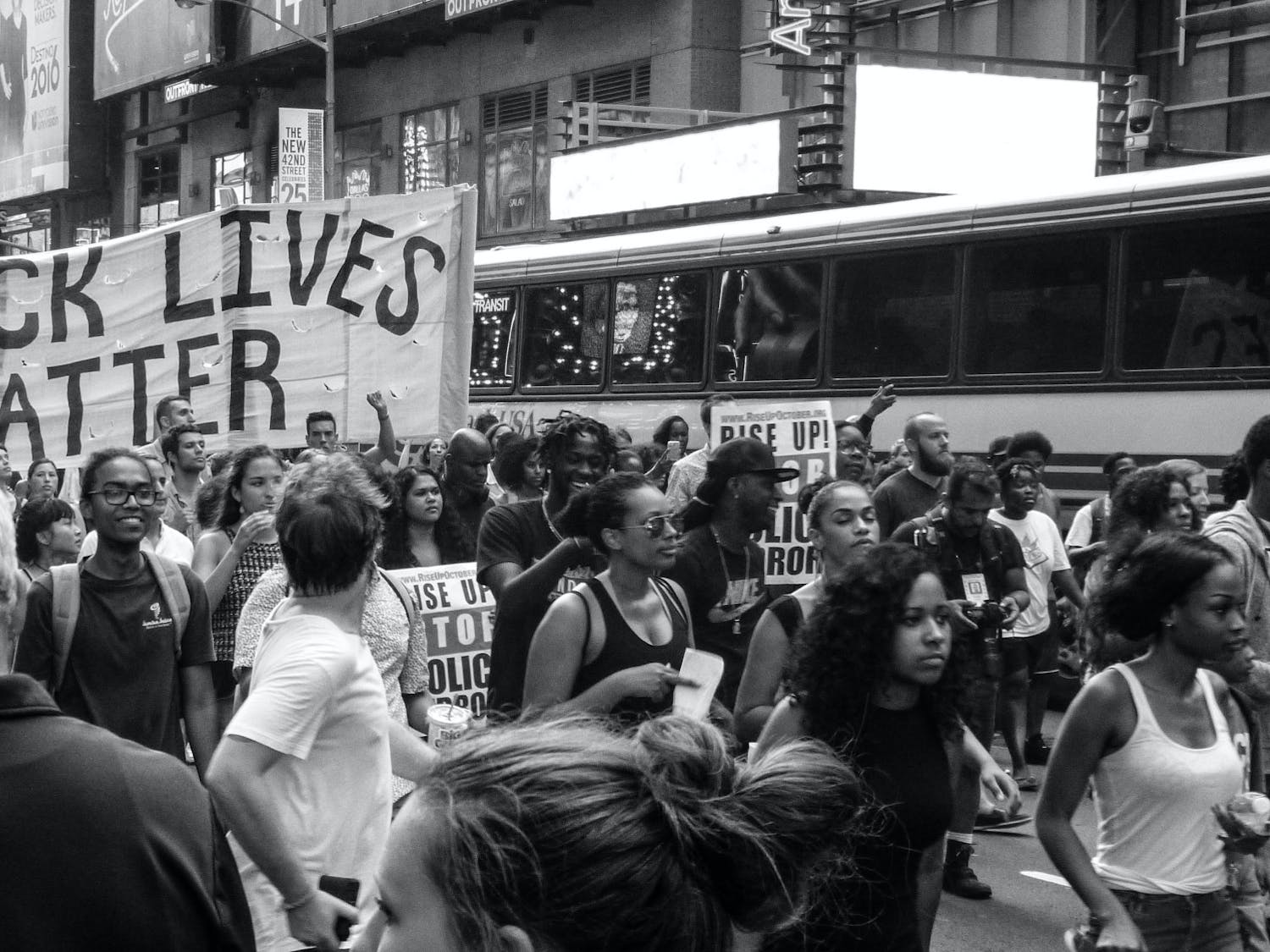 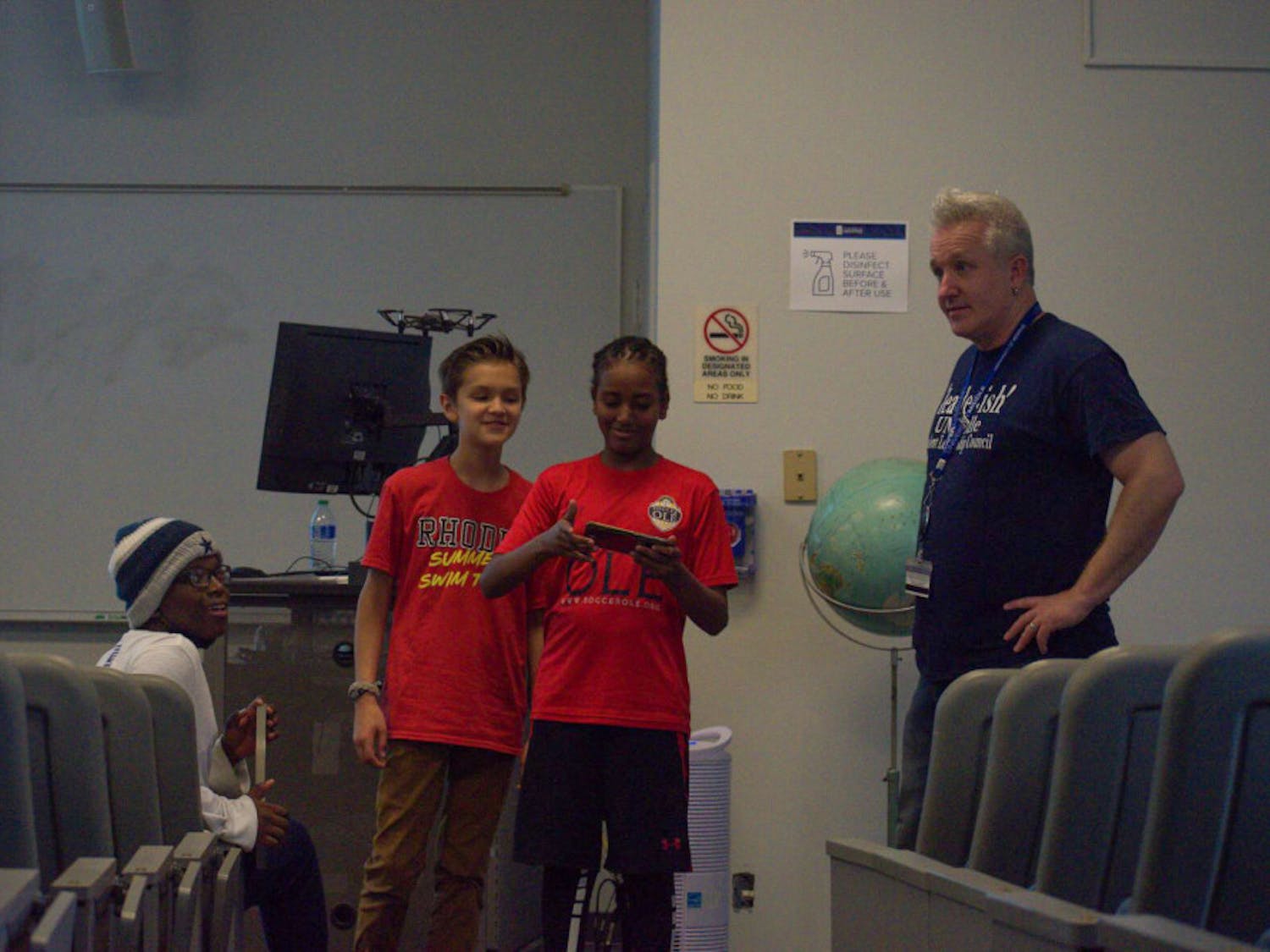